A Trip Back in Time

While the whole of Hong Kong was in lockdown this spring during the fifth wave of the COVID-19 pandemic, Dr Peter Cobb, Assistant Professor in the Academic Unit of Human Communication, Development, and Information Sciences at the Faculty of Education, HKU, and his students had been on a trip of a lifetime – a virtual one. Deploying extended reality (XR) technology, Dr Cobb took his students to archaeological digs in Armenia and Iraq, where they walked around the sites and discussed their observations through avatars.

Confined in their homes, the students used special virtual reality glasses and sensors that tracked their own movements to guide their cartoon-like avatars around ruins that were about 2,000 years old. Dr Cobb’s team of student modellers had earlier done the hard work of creating simplified 3D models of the ruins on the computer so students in his courses could see where certain facilities were situated, such as temples, markets and city walls.

“I’m interested in students learning about space, about the way things are laid out, the size of buildings and the site. I want them to imagine they’re walking in an ancient city and have to find where the temple is and how far it is from their [ancestor persona’s] house, to feel what it is like to look up and see the palace that you couldn’t enter, to think about how they would protect their valley from invaders.

“The underlying theme is about understanding how people would have experienced the site thousands of years ago and moved around it. Using 3D technology for archaeological reconstruction allows us to immerse into this environment that no longer exists,” Dr Cobb said.

The venture was made possible through a Teaching Development Grant (TDG) awarded to Dr Cobb. The aim of the project was to test technology’s ability to deal with multiple users interacting with ancient spaces and objects and to create meaningful experiences for students. It was also supported with collaboration from multiple units at HKU. The HKU Libraries and the Technology-Enriched Learning Initiative provided the hardware needed, students from the Faculty of Architecture helped with the 3D modelling, and students and staff from the Faculty of Engineering provided technological support. Dr Juuso Nieminen, Assistant Professor of the Faculty’s Academic Unit of Social Contexts and Policies of Education, brought pedagogical rigour to the exercise by researching the effectiveness of the teaching experiment for students.

The first batch of students to participate in the venture came from the Education and Arts Faculties. The XR glasses were sent to students’ homes, where they participated in the group virtual tours. The hardware was transferred halfway through the semester so that all students had the chance to join.

Teacher and student avatars “met” at four sites where Dr Cobb led them through voice communication and gestures to point out specific landmarks. The students could ask questions and discuss what they were looking at. “The goal was to teach these sites to students without using PowerPoint slides or textbooks. Although the best way is to have them there in person, in this case we did that in a virtual manner,” Dr Cobb said.

Technology was also a key factor in the assessment. Students created their own 3D models of the site using the archaeological evidence available, then wrote up Wikipedia entries where they uploaded the information about their chosen topics and screenshots of their models. Eventually, the hope is that their actual models would be uploaded for others to update.

“The hardest part is building the model. It means looking closely at the evidence we have on the ground, what archaeologists recorded in the past, where the ruins of the walls are, and making educated guesses on reconstructing things. The students need to be able to think about how to use archaeological spaces and understand space in order to do that,” Dr Cobb said.

Dr Nieminen’s ongoing assessment of the course suggests the students have been rising to that challenge. He has been observing lessons, talking with students, and going through students’ reflective journals.

“One thing I’ve been studying is how this innovative approach to teaching and assessment using digital technology enables students to have authentic opportunities to try out the job of archaeologists. The Wikipedia articles are not something they do only for their teachers but for broader audiences, and they’re contributing to archaeological knowledge,” Dr Nieminen said, noting that ongoing feedback was an important part of this process. “This goes way beyond the usual idea of active learning.

“The highly positive response from students suggested that teachers in other disciplines should also be looking for meaningful and authentic assessment tasks that could be shared with a wider audience,” he said. Dr Nieminen would also like to see more collaborations between teachers such as Dr Cobb and researchers like himself to do a more rigorous analysis of teaching innovations. “Many truly innovative teaching practices never get reported or published,” he said.

The course also had an entirely unexpected benefit, coming as it did during the isolation of the fifth wave of the COVID-19 pandemic,” Dr Nieminen said. “One student commented that they’d been quite lonely during their studies at this time, and so the 3D tutorials were a very emotional experience for them because they not only learnt better from the technology but also learnt with others, in an embodied physical way. They had other people around them,” he said.

Dr Cobb added that he hoped this work would contribute to HKU’s technical competency and encourage a rapid growth of this type of pedagogy in the humanities. A website will be set up as part of the TDG to guide instructors on implementing XR and related assessments in their programmes. 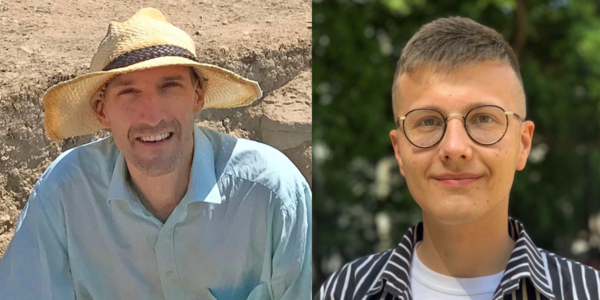 Dr Peter Cobb and Dr Juuso Nieminen deploy extended reality to help students walk through the sites that no longer exist and discuss their observations through avatars. 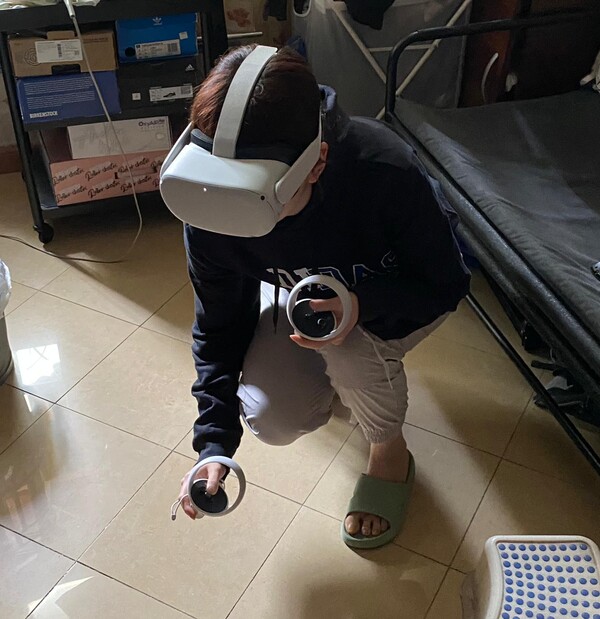 Claudia Ko, an undergraduate student, moves her body and uses hand controllers to move through the virtual archaeological site. 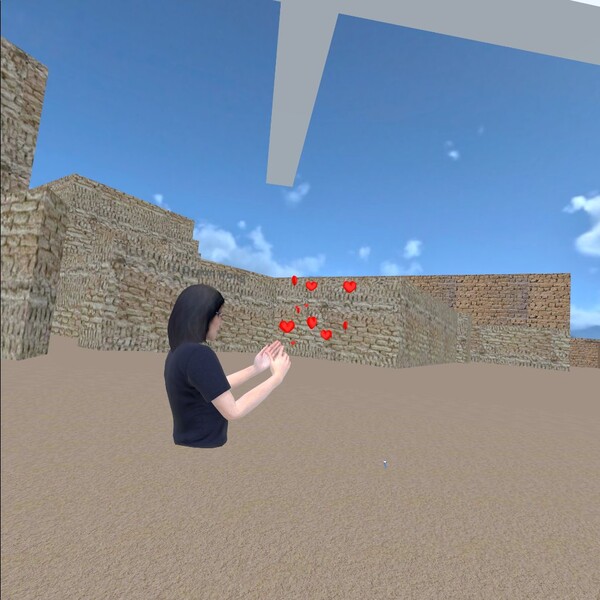 The avatar of Ocean Wang, another undergraduate student, virtually clapping during a tour of the ancient site of Umma (modern Umm al-Aqarib). 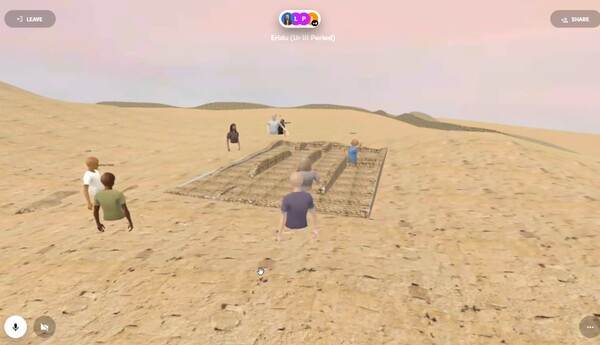 Represented by their avatars, a group of undergraduate students follow Dr Cobb around a virtual tour of the ancient site of Eridu (modern Tell Abu Shahrein).

The Unrealised Potential of Feedback