Everyone may know what “plagiarism” is, but Dr Li Yongyan, Associate Professor in the Faculty’s Academic Unit of Social Contexts and Policies of Education, has looked further into understanding Chinese conceptualisations of “plagiarism” from a historical perspective, and has explored how intertextual education has been conducted in schools in Hong Kong and mainland China.

To address the question of how plagiarism was conceptualised in the history of Chinese scholarship, a step that the team took early in the project was to look into the Database of Chinese Classic Ancient Books (《中國基本古籍庫》Zhongguo Jiben Gujiku). With about 1.8 billion Chinese characters, the Database encompasses 170,000 volumes of classical Chinese titles from the pre-Qin Period to the early decades of the 20th century. The project team examined the concordance lines of three lexical items, “抄襲” (chaoxi), “剿（勦）襲” (chaoxi and jiaoxi), and “剽竊” (piaoqie). Traditional interpretative and current semantic methods were combined to summarise the lexical items’ contextual meanings into categories, with diachronic perspectives incorporated. It was found that a total of 2,725 instances of these lexical items expressed the meaning of “copying or stealing others’ words as one’s own”, with 147 instances of “抄襲” (chaoxi), 988 instances of “剿（勦）襲” (chaoxi), and 1,590 instances of “剽竊” (piaoqie). Dr Li’s team’s analysis provided clear evidence of consistent condemnation of plagiarism throughout Chinese history, challenging a popular “cultural difference” view on plagiarism in the English academic literature, which assumes that plagiarism is traditionally tolerated in Chinese culture.

Moving on from classical times, Dr Li’s team also explored modern Chinese publications to understand how plagiarism was viewed in the early decades of the 20th century or the pre-1949 era. One interesting finding is that readers’ (whistleblowers’) reports of plagiarism cases and editors’ statements on plagiarism, which can often be spotted in contemporary Chinese journals, were already common in Chinese publications in the early decades of the 20th century. For the post-1949 era, the research team examined a collection of editorial statements on plagiarism cases dated from the early 1950s to the early 1960s, i.e., the first decade following the founding of the People’s Republic of China. By triangulating multiple theoretical perspectives and analytical methods, the team demonstrated how criticism and self-criticism surrounding the issue of plagiarism were imbued with the post-revolutionary Communist discourse of the historical period.

Beyond focusing on historical evidence, the research team is interested in exploring how intertextual education plays out in the contemporary Chinese education system. In an early study, the team examined how a collection of 40-plus Chinese-as-a-first-language writing textbooks talked about “imitation” as a writing pedagogy. It was seen that the books emphasised going beyond imitation to achieve innovation. The project team believes these writing books published in mainland China offer some insights that can be drawn upon in the writing instruction for school students in Hong Kong too.

In addition to examining writing textbooks, the research team also did fieldwork to explore intertextual education. A Master of Philosophy thesis project was recently completed, focusing on how a group of Chinese language teachers in several schools in mainland China taught their students to use source materials (素材sucai) in preparing their students for the National College Entrance Examination (高考gaokao). A Doctor of Philosophy thesis project is also under way to explore Hong Kong school students’ intertextual practices in their Chinese opinion essay (議論文 yilunwen) writing in the Hong Kong Diploma of Secondary Education Examination.

Having published three journal articles* from the project and with additional publications in preparation, Dr Li’s team hopes the project will contribute to the creation of a channel of communication on literacy education between Hong Kong and mainland China, a task which has become urgent at a time of increasing intellectual exchanges between the two education systems. 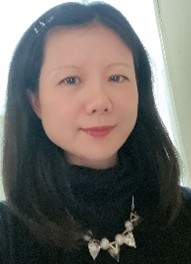 Dr Li Yongyan has looked into understanding Chinese conceptualisations of “plagiarism” from a historical perspective and explored how intertextual education has been conducted in schools in Hong Kong and mainland China.